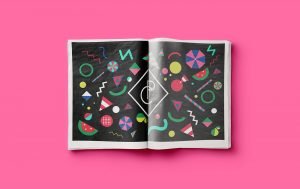 See our design work for this leading environmentally friendly vlog 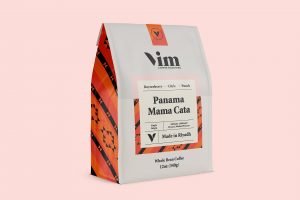 Read about our performance marketing work for VIM Coffee

Read about our work with this full-service digital learning service 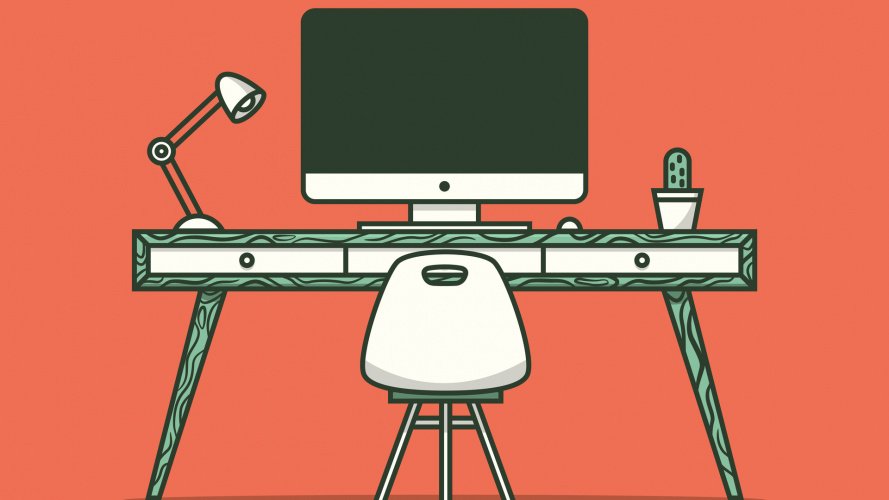 Middle Boop founder and creative director Gordon Reid shares tips on how to find work and get yourself noticed by taking your own path.

Back in 2008 MySpace was on the way out, Facebook was on the way in, the world had just discovered the iPhone and Obama was giving Americans hope. It was a time of great flux but set against a backdrop of crippling global recession.

For me personally it was a time of questionable haircuts and sartorial decisions, and professionally the worst time to have graduated. I had absolutely no experience, no contacts and a folio nowhere near polished enough to compete with the students who had made more sensible life choices than I did. They were quickly snapped up by the few studios hiring.

In every crisis there is opportunity though and I was able to use the lack of design roles and empty job boards as the kick up the arse I needed to start working on my own thing. Using the free time I had in-between rent-paying, soul sucking day jobs, I was building a folio of work not governed by dry briefs. This in turn meant I could build a brand, make contacts and eventually a name for myself in the industry.

By the time the recession was over, I didn’t need to fall into a junior role at a studio as I’d already won enough work and built my own business up to a point where I could move out of my mum’s house and develop my career. Whether you’re fresh out of uni, on the Job Support Scheme as a mid-weight or you’re a redundant veteran, the recession we’re in now could be a chance to step back, reflect and use that extra time to focus on something you might not have had time to do but always wanted to.

The current economic situation draws parallels with 2008 and while I understand paying the bills will be your first priority, there is productive work that can be done with as much time as you can afford yourself, particularly for those entering the job market for the first time. Here are some ideas which might help:

Don’t be afraid to approach people

Despite what some people say, we’re a pretty friendly bunch us creatives. Now is a good time to reach out to someone whose work you might admire or an individual who is working in a sector that you’re hoping to get into. Get in touch and ask questions that could help you.

It’s all too easy to fall into the trap of just looking at jobs boards and sending CVs round to recruiters. That should be the bare minimum, especially in the market we’re in. Be creative with how and who you approach. Tools like Linkedin can connect you to almost anyone in a more direct way than a blanket email, so write down a list of businesses you think you could add value to, search for people and give them a shout.

I’d probably start with an email but don’t be afraid to reach out to people to set up a call or socially distanced face-to-face, (whenever that’s possible). Even if nothing comes from it straight away, you’ve still managed to get that meeting, so you’re well ahead of the game when work is needed.

Actually start that idea you’ve had

The hardest part of starting a self-initiated project is actually starting it. Having the drive and the focus to set aside time in your evenings and weekends to develop an idea you feel passionate about, when it’s just as easy to smash through another Netflix series – that will always be the decider between something failing in the first year or growing nicely. Especially for those of you who’ve been furloughed or made redundant. Now you’ve got time on your hands, set some time aside and start building. A great personal project will not only give you something unique to set you apart from others going for roles, it could get you some press, online notoriety, or even win awards. These are kinds of things which can help your career take a new path.

My last big one was the Weird World Cup beer mats based around the Russia World Cup. Myself and my design partner needed a break from client work and wanted to do something for us that might help others. We put a lot of extra hours in before, during and after regular work, which didn’t always go down well with our clients but the outcome was that we ended up raising thousands for charity, got international recognition and since, the project has led to a lot of work for us.

How to stand out

If you’re reading this as someone with a few years in the industry then you’ll know only too well just how many enquiries studios get and that the importance of standing out is imperative.

When you’re emailing a studio, do your research and make sure you have a bit of knowledge about the company. Learn some names, talk about the great work that studio does. It doesn’t take much but makes all the difference to whoever is on the receiving end. I get quite a lot of emails every week from people wanting to connect for roles at varying seniority levels. Any emails that start with ‘hi there’ or ‘to whom this may concern’ go in the bin. It’s so easy to find my name and I always think, I’d never do that. Create something that will really help you stand out and send that to studios. We’ve been sent everything over the years from t-shirts to footballs, zines and stickers. All of that stuff has been kept and all of the people that sent us stuff have had calls or emails back.

If you’re making a change, live and breathe it

As the market changes, it’s always effective to take time away from the screen and work out if a change in direction would be beneficial for you. This could be as simple as learning animation or Shopify to give you another asset when going for jobs or could be a complete role reversal. For instance, I made the conscious choice to move away from advertising a couple of years ago and remarket my studio to work directly to developing startup brands from the ground up. After a lot of hard work (employing a new business consultant and lots of meetings on positioning and direction) it paid off.

But you have to believe and you have to live it. Learn the new design language, and technical terms, read up, and soak in as much as possible. Cater your folio for that sort of work and then you can tell people about your exciting new pivot with conviction. You would be amazed how much work comes just from talking to friends and colleagues in a slightly different language that people in your new market will relate to.

None of these suggestions will bring results overnight. It took me years of work in between actual paid work to make my changes and pivots a reality, but right now if you do happen to have more time on your hands, you really should go for it and not be put off by rejection (although it’s totally fine to be disheartened by it). Map out where you want to be, who you want to work for, what sort of work you want to be doing and keep pushing forward. None of it will be a waste of time and by going above and beyond, you really will stand out massively from the thousands who haven’t followed their own path.

It’s incredibly hard out there right now. Half of designers are worried about how the run in to the end of the year will affect them. It can look bleak but to a point money comes and goes. Especially in this industry. Time, however, you will never get back. If you are finding yourself with more time on your hands than you might like, use it wisely and get yourself ahead of the game using my tips. They could pay off when opportunities are on the rise again. (Alternatively use the time to start that idea you’ve always wanted to). You never know where your time and dedication will lead.

Get in touch
We do our best for you!